I have a masking course that is running in August 2018 (20th!) and I thought that in advance, I might share some thoughts about rule 3. This is the rule that many people scratch their head over, mainly because it can be difficult to see, but also because it doesn’t come up that often (and generally only in more complex cases). Therefore, if you’re used to testing routine cases you may not have to think about rule 3 very much. That’s why it’s good to refresh your knowledge so that you don’t miss it when it does come along. Completing rule 3 means that your hearing test will be more accurate; the end result may affect your diagnosis and also your hearing aid prescription.

How does Rule 1 differ to Rule 3 in masking?

We know that Rule 3 is only needed when Rule 1 has not been carried out and that both involve air conduction masking. But why?

Masking is carried out when there is a difference of 40dB between cochleae when using headphones. When we look at Rule 1 the difference between the two cochleae are obvious: 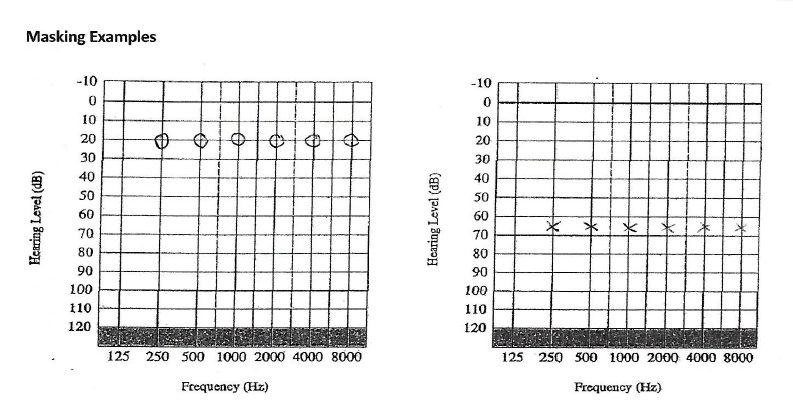 We mask the air conduction, and find the following:

However, the difference between the two cochleae can be hidden when the non-test ear has a conductive component. Say for example the same patient as above comes back a few weeks later with a hideous cold that has affected his right ear. 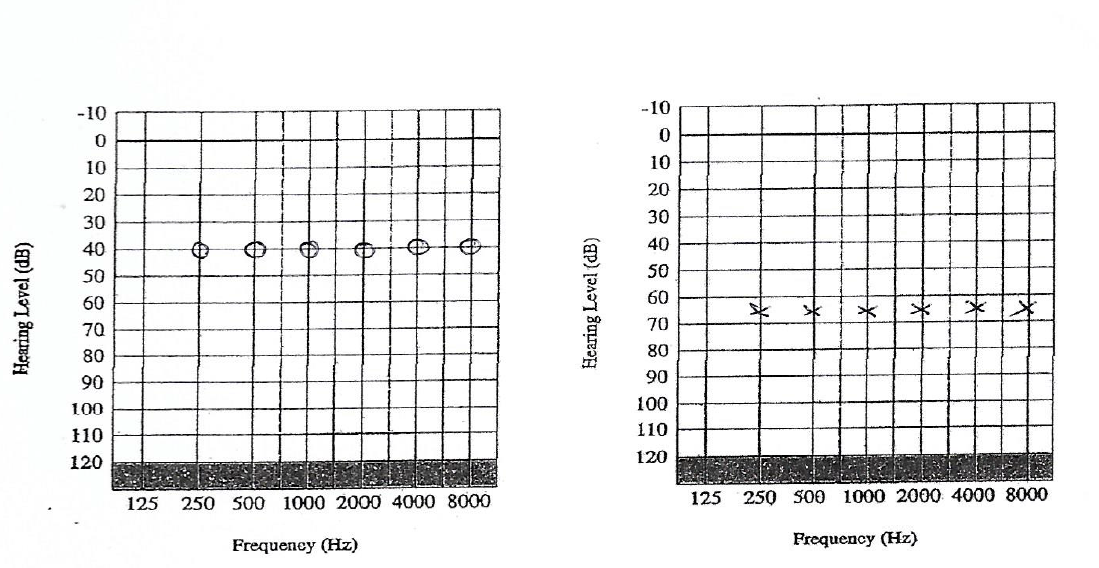 There was no need to do air conduction masking in this scenario (Rule 1 not required).

Bone conduction was carried out on the worse ear:

Once bone conduction was completed, we could see an asymmetry once again:

In this case we could only see that the right cochlea was >40dB better than the left cochlea because bone conduction had been completed. So we went back to using headphones again and masked the air conduction, with the masking noise in the right ear (non-test ear), and retested the hearing thresholds on the left ear (test ear). This revealed the following:

A training or refresher course in masking in audiometry will enable audiologists to consider and understand why we need to mask, rather than just learning the rules. TJ Audiology Services uses audiometry simulation software to practice different scenarios, alongside interpretation of working audiogram. The next course is at Newbury College Berkshire on the 20th of August 2018 and in-house or tailor-made course are available. See www.tjaudiology.com or email tjaudiology@outlook.com for details and booking.